Confederation of the Cinque Ports

From Naval History Archive
Jump to navigationJump to search 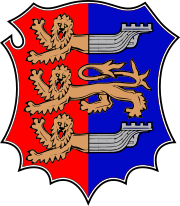 The Cinque Ports confederation of coastal towns in Kent and Sussex.[3] It was originally formed for both military and trade purposes, but is now ceremonial. A Royal Charter of 1155 established the ports. The ports are at the eastern end of the English Channel, where the crossing to the continent is narrowest. In Norman French, the name means "five ports". They were: Hastings, New Romney, Hythe, Dover and Sandwich. However, Rye, originally a subsidiary of New Romney, changed to become one of the Cinque Ports, after New Romney was damaged by storms and silted up. Romney is now a mile from the sea, separated from it by Dungeness, which is a large pebble beach.

Limbs of the Cinque Ports

The Cinque Ports and their 'limbs'

The Federation of Cinque Ports includes various other towns on the coast. These are called "limbs" of the Cinque Ports.

The Federation is supported by two towns, one of which is Rye, and the other (a few miles back from the coast) is Winchelsea. These towns once supported militias which could be used for defence of the area.

Lord Warden of the Cinque Ports

The Lord Warden of the Cinque Ports is today a ceremonial official in the United Kingdom. The post dates from at least the 11th century, when the title was Keeper of the Coast or Warden of the Coast, but may be older. The Lord Warden was originally in charge of the Cinque Ports, a group of five (cinque in Norman French) port towns on the southeast coast of England that was formed to collectively supply ships for The Crown in the absence at the time of a formal navy. Today the role is a sinecure and an honorary title, and 14 towns belong to the Cinque Ports confederation. The title is one of the higher honours bestowed by the Sovereign; it has often been held by members of the Royal Family or Prime Ministers, especially those who have been influential in defending Britain at times of war.